The term SDRDF stands for Software Defined Radio Direction Finding. The system created by Balint has the following main features:

For reception he uses four antennas mounted on his car’s top. The pseudo-doppler direction finding method would require one antenna to be rotated with about 40,000 RPM (for use on VHF), but the result can be approximated by several antennas placed in a circular form, and switching between them with an antenna switch.

The true power of software defined radio shows up concerning that Balint could implement a working direction finding device at home.

As currently our best software defined radios over here are RTL-SDR compatible USB dongles, we’ve been thinking about using them for pseudo doppler direction finding purposes. The most interesting thing we realized, was the fact that these receivers are so cheap that we could buy one for each antenna, eliminating the need for an antenna switch. Actually, it might also be required to run all dongles from the same clock source, so we could hack them to use a common crystal oscillator unit. 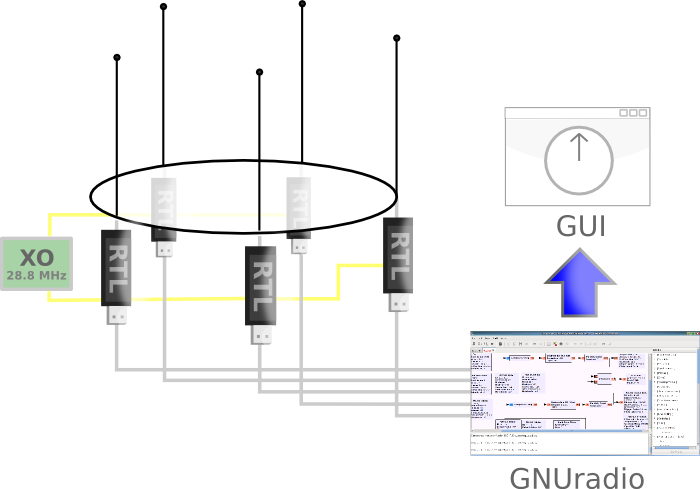 On short wave, another approach would be doing something similar to the Watson-Watt DF principle: make two perpendicular loops, one attached to the symmetrical I input of RTL2832U chip, and one to the Q input, and using the direct sampling hack to receive frequencies under 14.4 MHz with an RTL-SDR dongle. By comparing the signal levels on the same frequency, we still don’t get the exact direction, there’s an uncertainity of 180° of the transmitter location - but we can define a straight line which the transmitter is located on. Watson-Watt would add a third antenna to solve this problem, but I would just leave this uncertainity to keep things simple. The most interesting part would be drawing a frequency versus direction graph under the waterfall diagram! The whole thing would require some changes to the librtlsdr code, but it would use only one dongle. 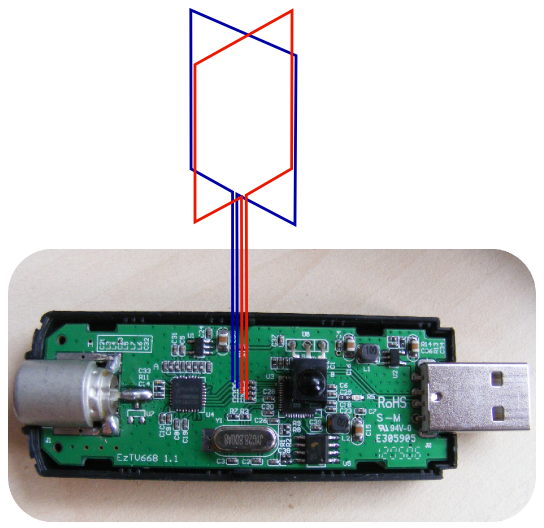 Not sure whether we will put any of this in practice, but sounds a good idea to try.

The source of this post is my previous blog at HA5KFU.